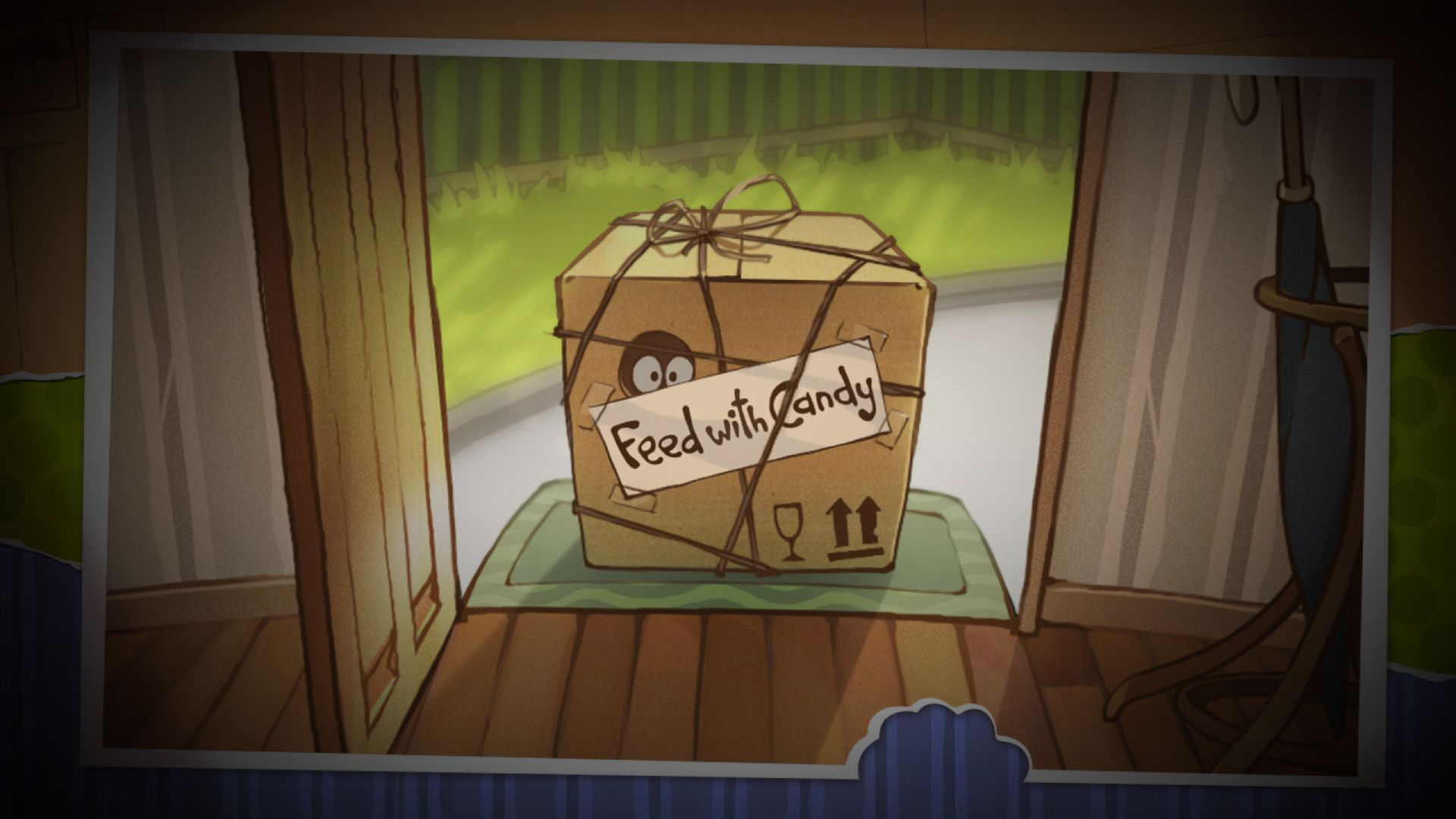 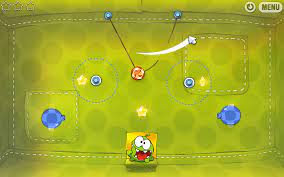 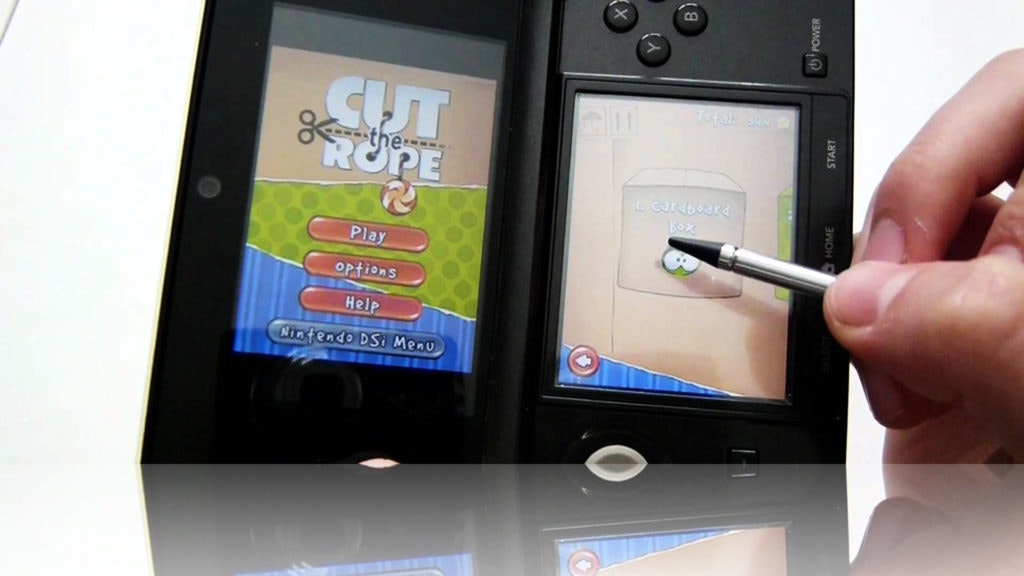 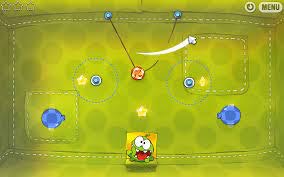 For those few of you who haven’t had the chance to play this game, here’s a quick summary. One day you receive a mysterious box, and in this box lives a little green creature called Om Nom. Your job in each of the 125 levels is to get the rope-suspended candy to Om Nom, by strategically cut the rope(s) at the right spot, on exactly the right moment.

Cut the Rope: Experiments was released on August 4, 2011 as a sequel to Cut the Rope.[8] While its gameplay and presentation closely match that of Cut the Rope, the sequel introduces new gameplay elements as well as a new storyline and characters. The Professor, for example, “provides running commentary”[9] throughout the game as players unlock new levels and collect "hidden" photos that reveal more information about Om Nom's character. (Credit: Wikipedia)

We’ve partnered up with Chillingo to bring one of the best iOS games ever to Nintendo’s popular handheld the Nintendo DSi. This unique port included a re-imagining of the layout to fit the unique dual-screen layout of the device and we optimized the great original artwork to look as crisp as it did on iOS.