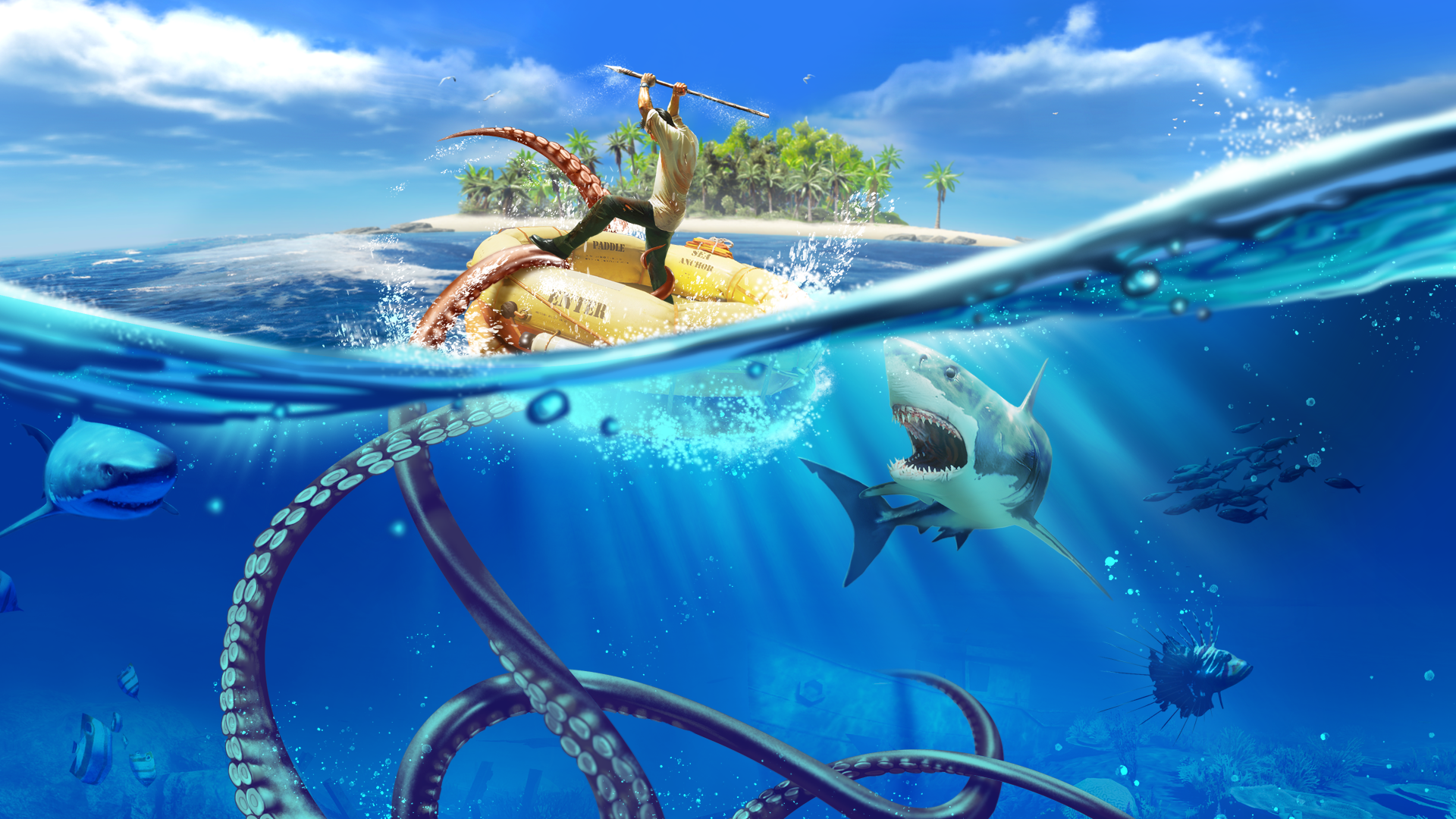 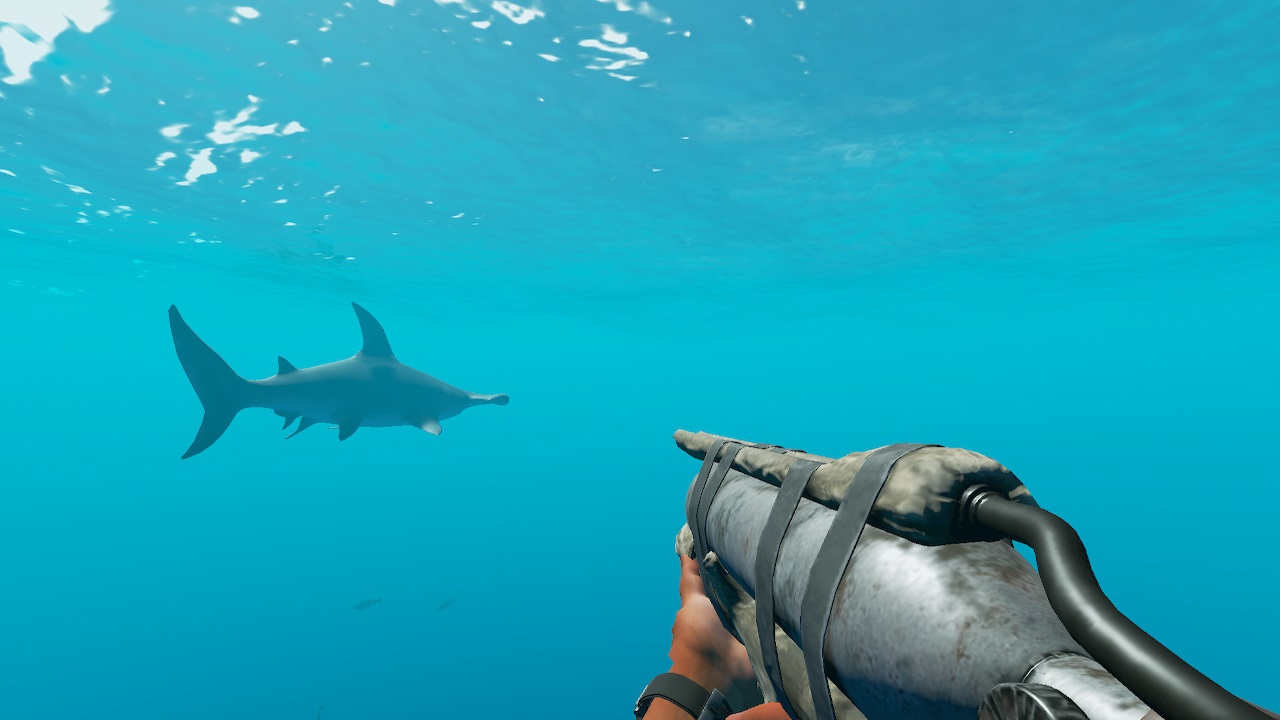 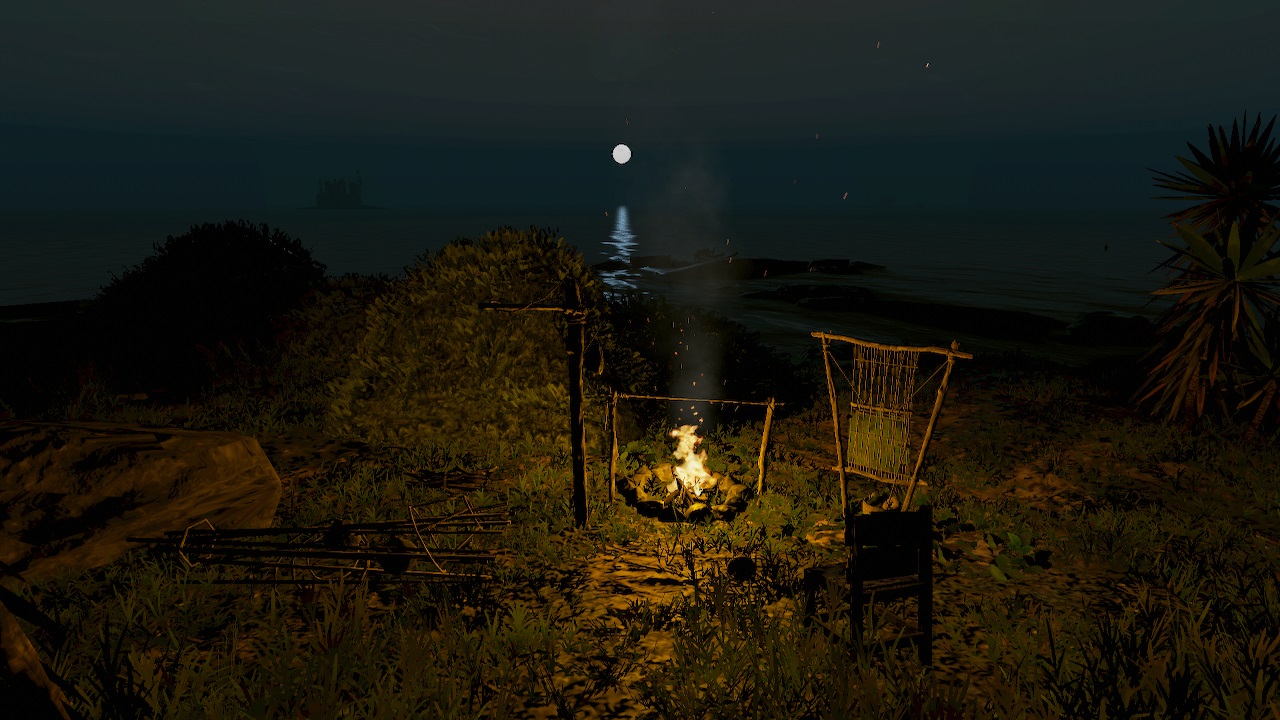 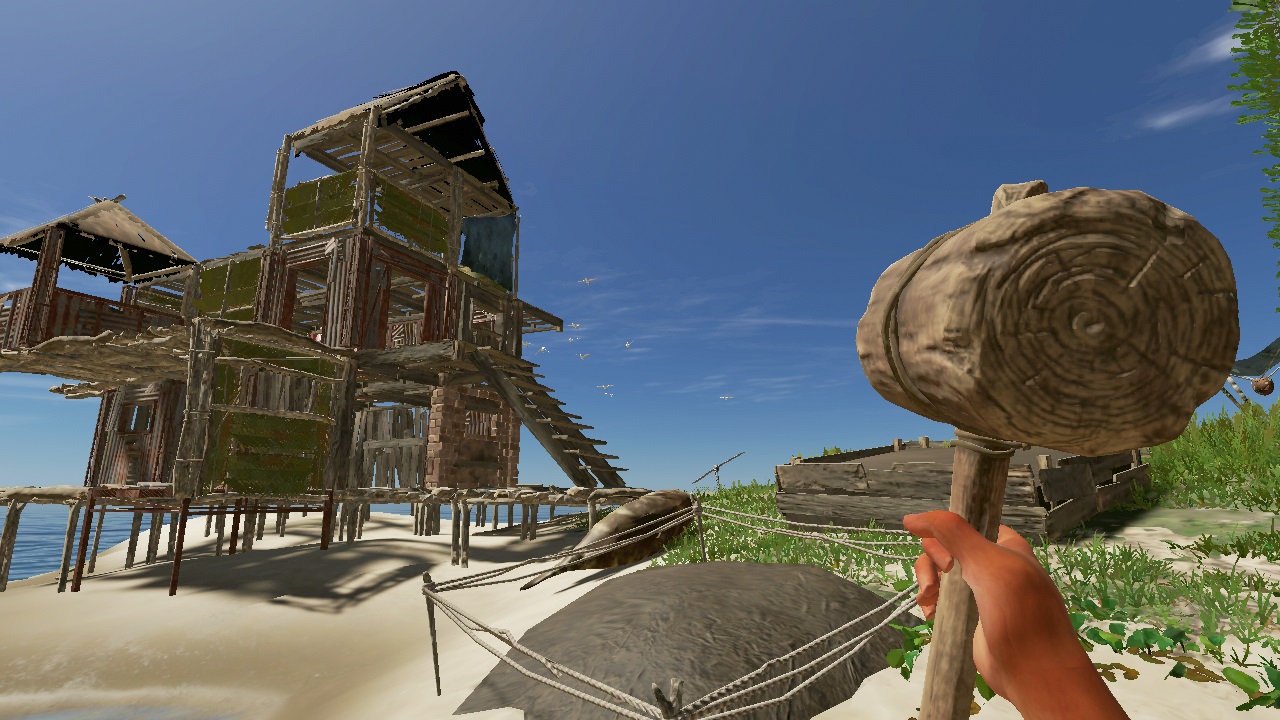 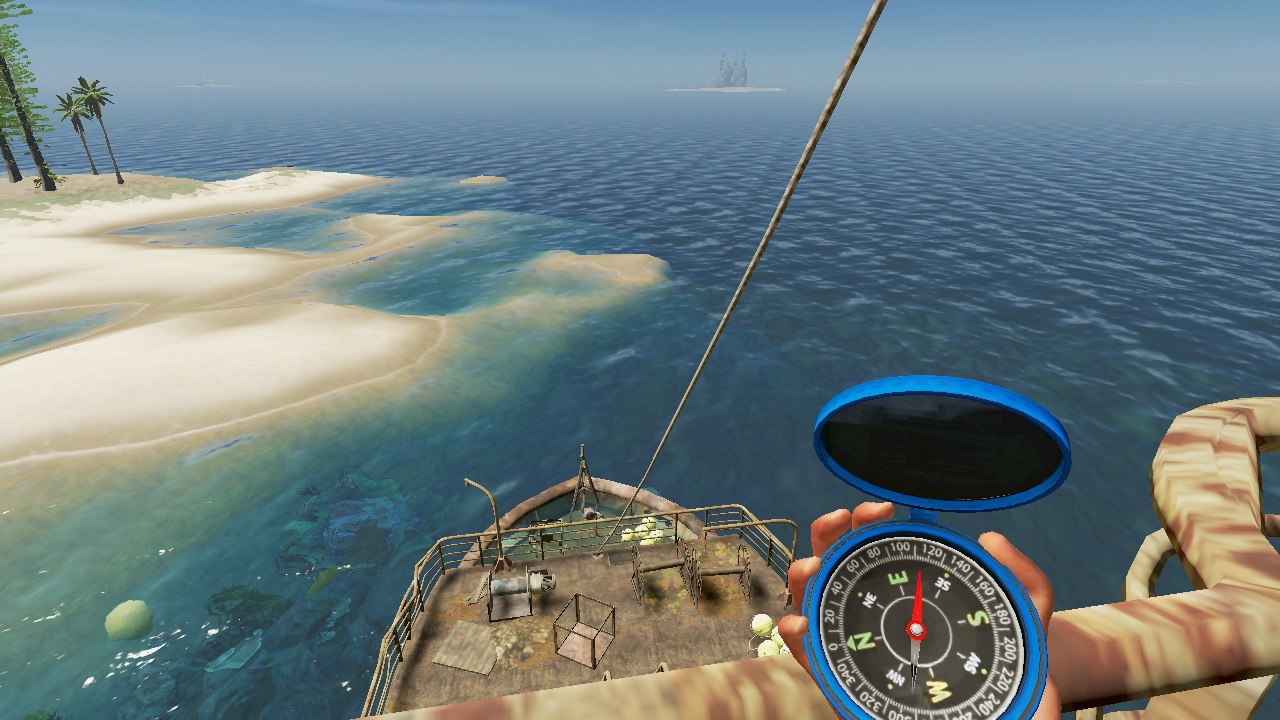 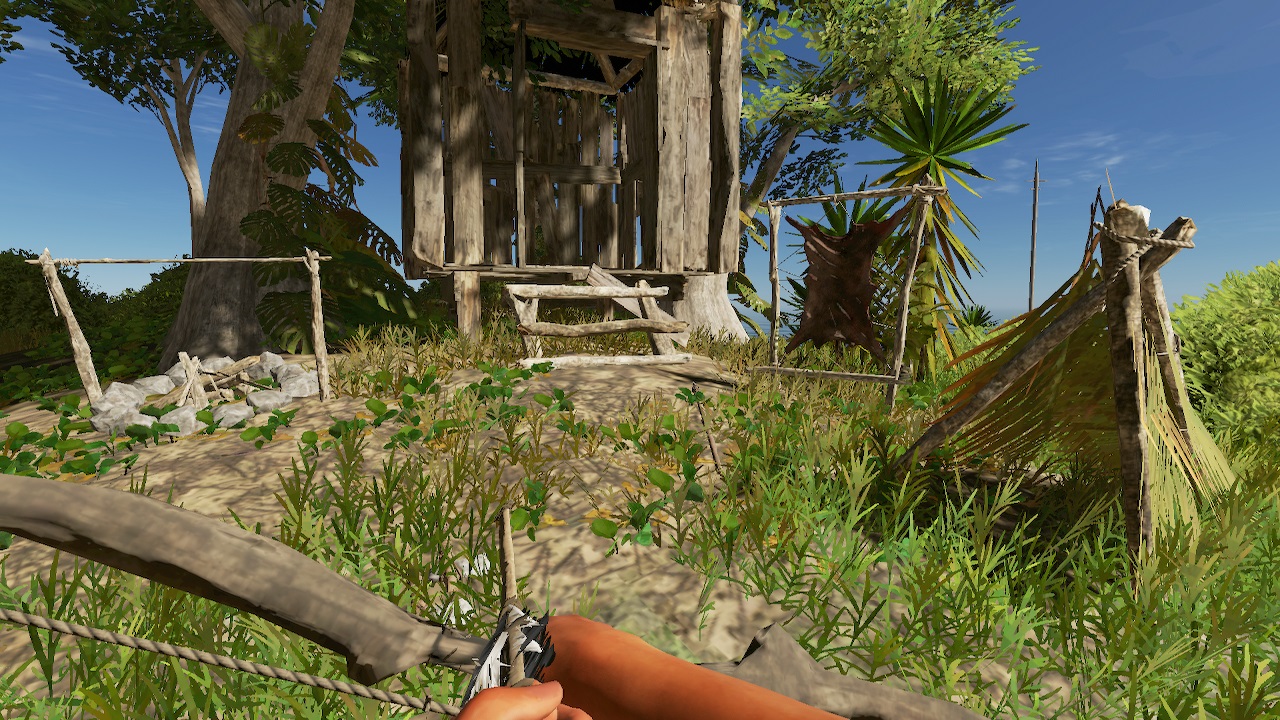 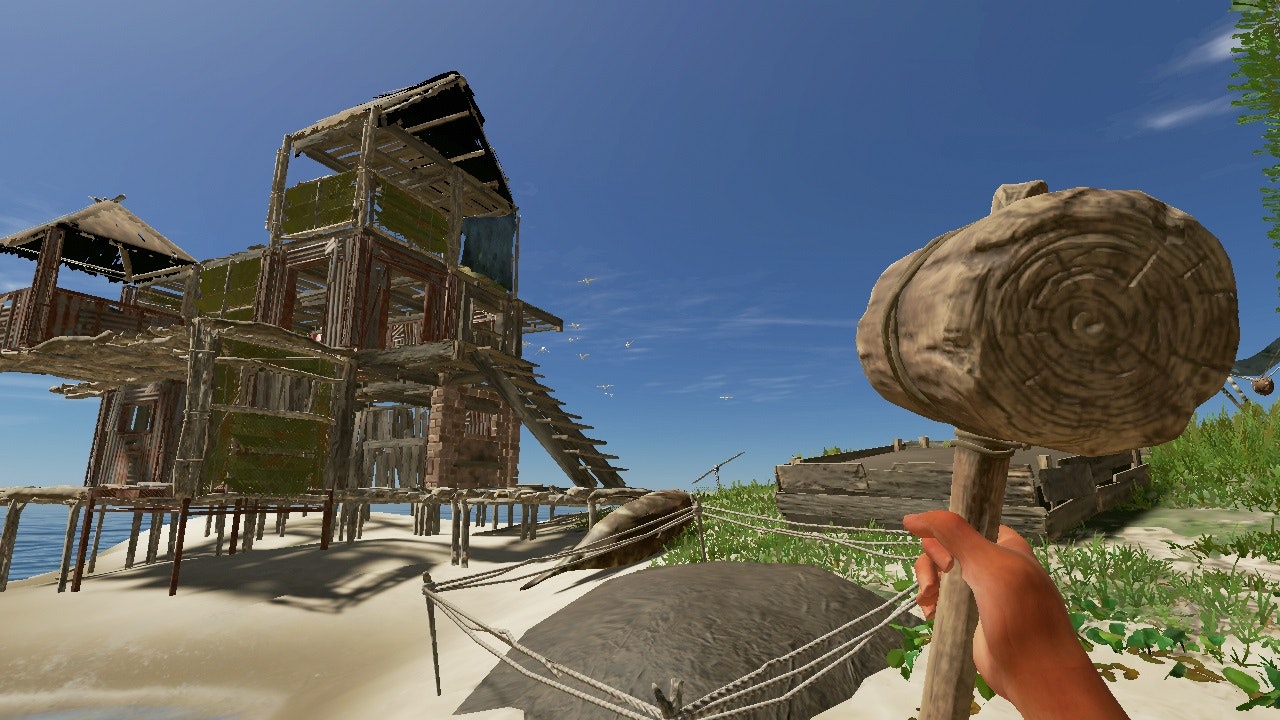 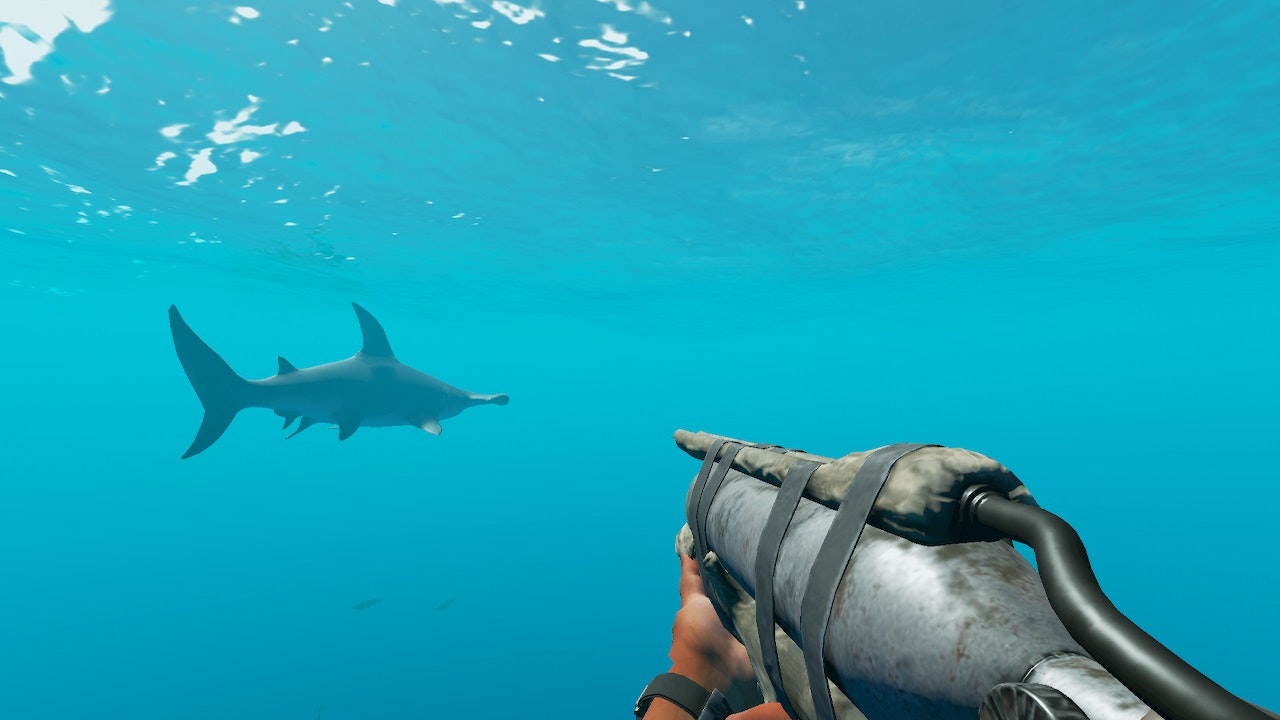 In Stranded Deep, you take on the role of a plane crash survivor stranded somewhere in the Pacific Ocean. As a gamer, you come face to face with life-threatening scenarios that alter the way the adventure plays out every time. Scavenge. Discover. Survive.

The game features a dynamic weather and day-night cycle. Also featured is a building system, whereby players are able to settle on an island and construct a shelter or a raft with which to explore the ocean, and a crafting system, whereby resources can be harvested and combined in order to create equipment. Resources are limited, and therefore need to be managed. As supplies that players are able to carry are limited, items need to be prioritized for the task at hand.

Players need to manage their vitals of health, hunger, thirst, and sleep, against the elements they face. Thirst is in particular an important component of survival. Hydration sources are scarce, with coconut milk being the most common and easiest to obtain water substitute, but can cause diarrhea if the player drinks too much at once, leading to hydration rapidly going down completely. The player can eventually craft a water collector, which will produce water over time from the evaporation of palm leaves. Hunger is another challenge. Food can be obtained from many sources, including coconuts, fishing, and rations. Players are also able to search sunken shipwrecks and islands for interesting and rare equipment.

The tropical ocean in the game is full of different life forms. This ranges from small fish, sea turtles, rays, lionfish, sea snakes, crown-of-thorns starfish, swordfish, whales, as well as the most dangerous enemies in the game - sharks. There are different types of sharks, some being harmless, while others are life threatening, like the great whites, hammerhead shark, and goblin shark. Sharks can directly attack the player, or they can also bump into the player's raft, potentially flipping it over. There are also three mythical sea creatures found in specific places in the world - a megalodon shark, a giant squid named Lusca, and a giant eel named Abaia. Each one, when killed, gives the player a trophy as a reward for killing it. They are considered the most challenging enemies in the game.

As the player's plane crashes into the ocean, they are saved via an inflatable lifeboat found nearby. The lifeboat is equipped with a pouch containing a compass, as well as rations that the player can use. The lifeboat can also be used as a raft to travel between different islands. A key feature of rafts is anchoring them. This is because rafts can be carried into the open ocean by currents or storms if not anchored or dragged onto land. The player can collect components and materials later to craft their own raft by scavenging shipwrecks and the coastline of islands. The player-made rafts can differ in base, floor, and propeller used, which changes certain aspects of the raft like weight, speed, and sturdiness. Apart from rafts, the only other form of transportation is a gyrocopter, which can be created when the necessary components are found first.

The game also features an official ending. The player can find an abandoned aircraft carrier stranded on a small island. On the ship there is a plane, which when repaired can serve as an escape from the Pacific. When the player repairs and boards the plane, a cutscene triggers, showing the player’s plane crashing into another plane, revealing how you came to be stranded at the start of the game, thus presenting the ending as a loop.

In the game, the player can also find easter eggs associated with the 2000 movie Cast Away. On one of the islands, there is a volleyball with a bloody handprint on it, called Wollie, similar to Wilson from the movie. There is also a mail box washed on an island, loosely resembling the FedEx box from Cast Away.

Since the world of the game is procedurally generated, the initial island that the player lands on, as well as all the other islands, are randomly generated for each save file played. The game also features a "cartographer" mode, where the player can manipulate their world, as well as add and customize existing and new islands. (Credit - Wikipedia)

Adaptation - We had the pleasure of working with Beam Team and North Beach Games on bringing Stranded Deep to the Nintendo Switch! Drawing on experiences from past projects, we had some interesting challenges to overcome through development, most notably keeping the graphical quality to par while also hitting frame rate expectations. We also took on the task of implementing some features from the PC version, such as item piles and adding Japanese support so players from all over the world can: Scavenge. Discover. Survive. On the go.