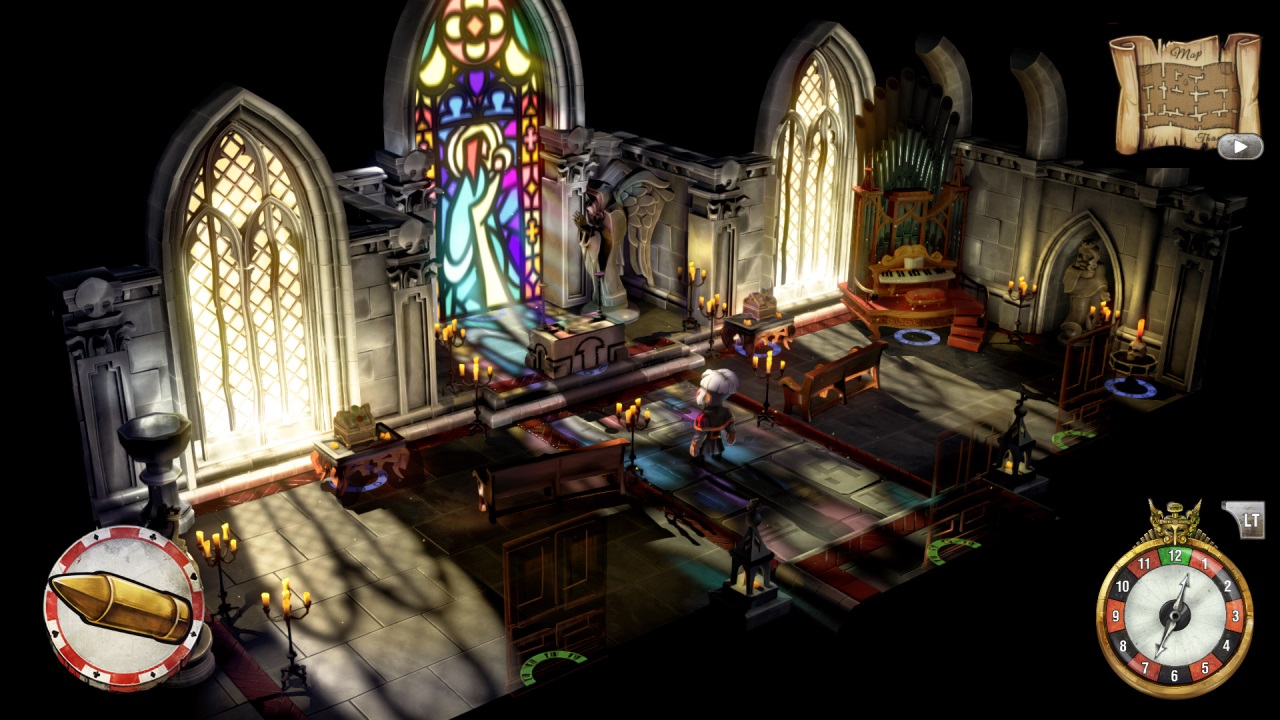 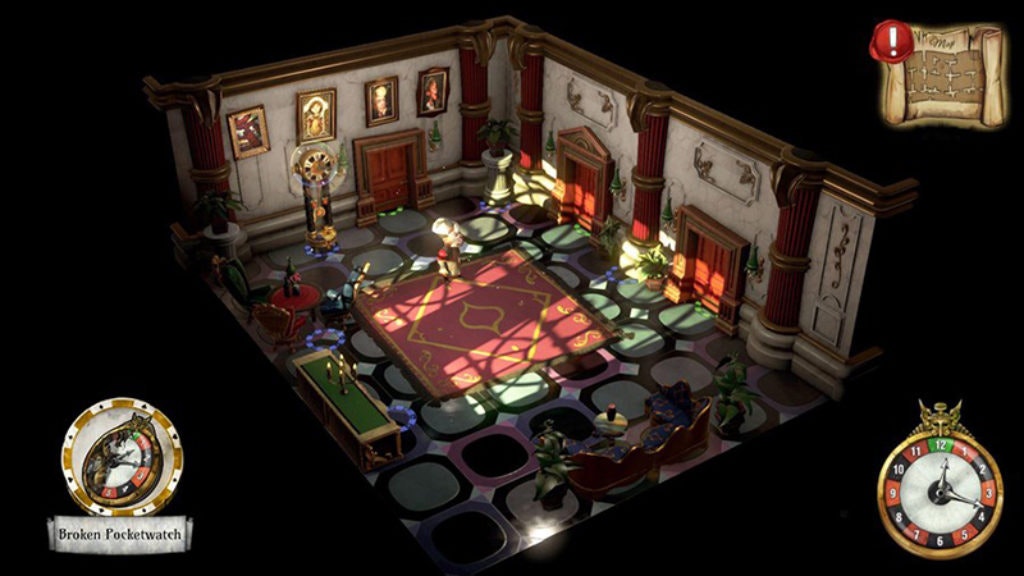 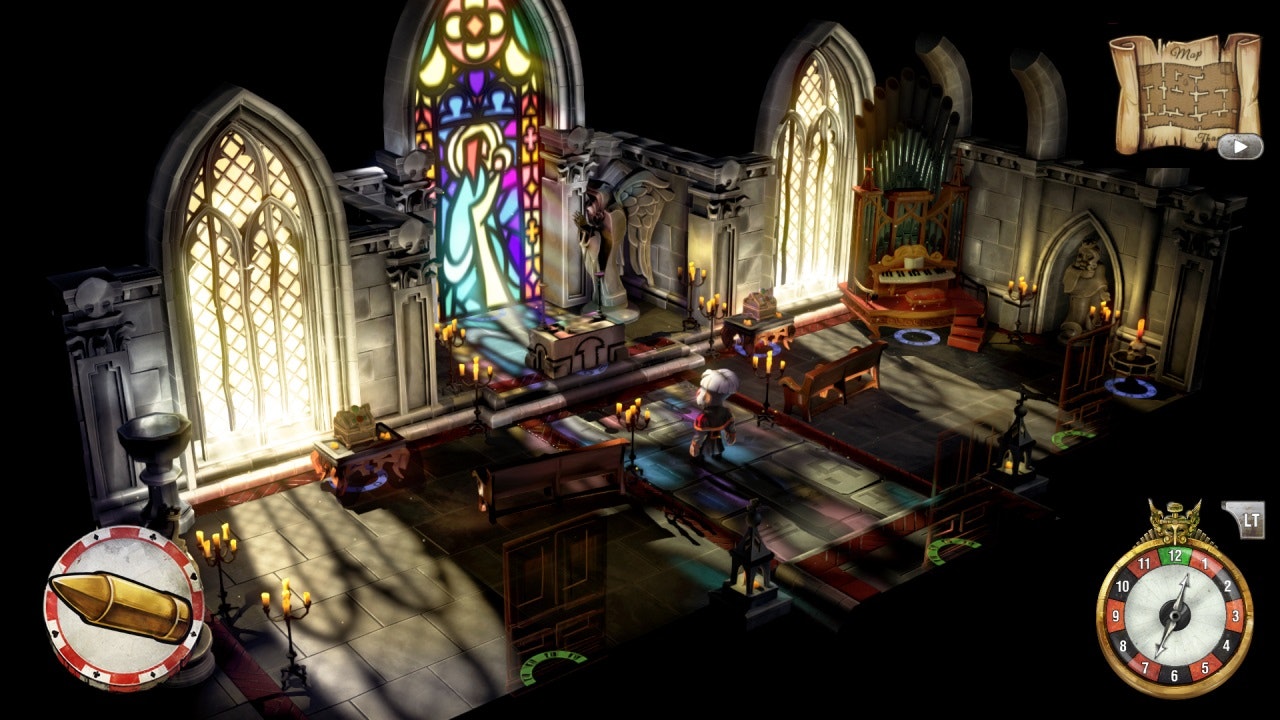 A Murder-Mystery Adventure where the player is trapped in a never-ending masked ball at The Sexy Brutale casino mansion, reliving the same day over and over, surrounded by intrigue and murder as they try to uncover the truth behind the secrets of The Sexy Brutale.

Lafcadio Boone, a preacher, wakes up during the yearly party that Lucas Bondes hosts in his casino mansion. A mysterious woman, called the Bloody Girl, has given Boone a mask that has ripped him out of an ongoing time loop that the rest of the other party members are stuck in over a 12-hour period, reliving their deaths over and over again. She has also given Boone a broken watch, that when the timer reaches the hour of 5, the day resets. Boone's task is to save the other party goers from their gruesome deaths before they happen by learning different ways over the 12 hour period by discovering clues, recipes, or items. The first man he saves, Sixpence, takes the watch and fixes it so that the full 12 hours of the day become available. Boone then sets out to prevent the other deaths. Upon saving these other party goers, they remove their masks, talk to Boone to show they know him in some way. Boone then takes each mask, absorbing the powers they hold and giving him the means to save the other members and advance in the mansion.

After several party-goers have been saved, The Gold Skull, a man in a golden skull mask seemingly content on letting the actions play out, reveals himself as the instigator of the time loop. He reveals that the deaths that Boone has been preventing over the course of the 12 hour time loop, were created by the Gold Skull as a means to punish Boone. Both Gold Skull and Lafcadio are revealed to be aspects of Lucas Bondes, who previously had inadvertently caused the deaths of all at the party as part of an insurance scheme by destroying the casino. The player can choose to either relive their punishment, resulting in replaying the final scenes again, or for Lucas to forgive himself and move on, ending the game.

A secret ending can be acquired by collecting a deck of 52 cards scattered through the game and giving them to a demon at a hidden 'Old Habits' room of the casino. Doing so results in the casino going back to normal with the members alive. The player then approaches a decorated window and shatters it, bringing the party to a halt. (Credit - Wikipedia)

Demonstrating the flexibility of Abstraction Studios, during this adaption we were not taking a finished product from PC to consoles, but instead worked with the developers of the Steam version of the game while the game was still work in progress.

This meant there was a constant stream of dependencies back and forth, and required thorough and effective communication from both sides. Luckily we’re well practiced at this kind of collaboration, and it was a pleasure to work with a new team of like-minded people as we adapted another beautiful game.